[This was cross-posted from Ludum Dare.]

This was my first Ludum Dare adventure and also my first game jam. I usually avoided game jams because I was under the impression that you must suffer sleep loss. Funny, I found a lot of Ludum Dare advice saying to get a good night’s rest, but that’s besides the point.

My best impression with Ludum Dare was the wonderful community here. There was a lot of positive energy, which I don’t usually see on the interwebs. I would like to thank everyone for making such a wonderful community of game developers and for making this game jam. And thanks to everyone who played my game. I was surprised by the amount of people who liked my game!

The game can be played here. Video here.

END_OF_DOCUMENT_TOKEN_TO_BE_REPLACED

[Update Jan 2017] Google stopped hosting links from Google Drive a while ago, so this post is basically useless now.

[UPDATE: Dec ’14] Hosting Unity games on Google Drive has recently stopped working (at least for me). Even when I follow Google’s new instructions for getting the hosting link, Unity games don’t load from Google Drive. This includes games that were previously hosted and used to work. So I’m afraid it is no longer possible to rely on Google Drive to host Unity games. Your mileage may vary.

[Update: Jan ’14] It seems Google thought it would be a good idea to change Google Drive’s interface a little bit. So I updated the tutorial to match the new interface.

END_OF_DOCUMENT_TOKEN_TO_BE_REPLACED

I finally finished my first Ludum Dare game entry. It was both fun and hard.  My entry can be played here: http://www.ludumdare.com/compo/ludum-dare-27/?action=preview&uid=26581

Available on Mac, Windows, and Linux. Can also be played online if you have Unity Web Player. 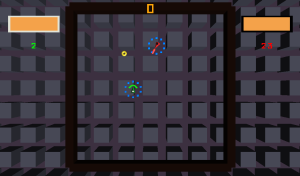 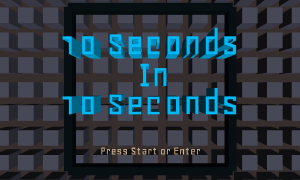 So far, I have an arena with 1 player that can shoot laser bullets. A shield mechanism is underway. I don’t think the arena is quite complete yet. 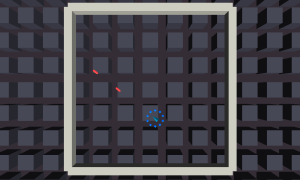 This is going to be the first time I participate in the Ludum Dare game dev competition. My hope is that I’ll make something at least decent in 2 days. This will be a test of productivity.

Here are the tools I’m considering:

IDE: Game Maker Studio or Unity 3D, depending if the game will be 2D or 3D.

Language: GML or C#, depending on which IDE I choose.

Graphics: Game Maker’s sprite editor, Hexels, Paint.NET, or something else.

Planning: 53 Paper for iPad, and a whiteboard 🙂

To all of those participating in Ludum Dare 27, best of luck. 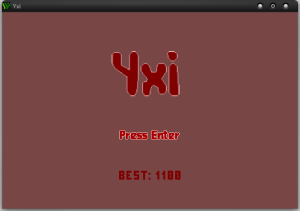 Yxi was on a long hiatus, but within the last couple of weeks, I’ve progressed quite a bit. I’ve been experimenting with things such as strafing, physics, enemy behavior, particles, and health.

END_OF_DOCUMENT_TOKEN_TO_BE_REPLACED

Our capstone team made significant progress in the last few weeks. Enjoy this trailer for Fortress Fiasco. A download will be coming soon!

[This is a cross post from the Fortress Fiasco blog.]

While importing audio into the game, I came across an annoyance. Since Radioactive Lollipop weren’t using 3D sounds in Fortress Fiasco, I had to convert all audio to 2D sounds by unchecking “3D Sound” in the inspector. This is not too big of a deal with small sound effects, but with large music files, Unity ‘re-imports’ the audio file and can take a little while.

So if you’re making a game with Unity and for the most part your sounds will be 2D or you don’t want to waste time converting music to 2D, use this C# script. For it to work, you must name the script “Force2DSound” and put it in the Editor folder. If you don’t have an Editor folder, you’ll have to make one under the Assets folder (so it would be "/Assets/Editor/Force2DSound.cs"). The script looks like this:

After making this script, just import some audio into the project. It should have “3D Sound” unchecked automatically. Enjoy.

[Update] It seems that if by chance you wanted a 3D sound and you checked “3D Sound” in the Inspector, it will enforce 2D sound. So now I only recommend you use this script if you only want 2D sounds. Delete this script once you want 3D sounds.

[Update 3] Changed OnPostprocessAudio() to OnPreprocessAudio() and removed the AudioSource parameter. Works again, but you will still need to delete this script if you want 3D sounds in your game.

It’s been a little while, but Fortress Fiasco has made good progressions in the last few months. We moved from our old site to the new one linked at the title of this post. Hopefully more updates will be posted there.