This was a final project assignment from DePaul University’s Moble Game Dev class (GAM 386). The idea was to try to recreate Angry Birds from scratch. My implementation only has 2 birds and one level. The level resets after about 5 seconds after all pigs are dead. This is an Xcode project targeted for the iPad simulator. 2D graphics rendering done in OpenGL 2.0 ES. Physics engine used is Box2D by Erin Catto.

Classmates that help the whole class for their implementations:

You can nab the source code on Github. 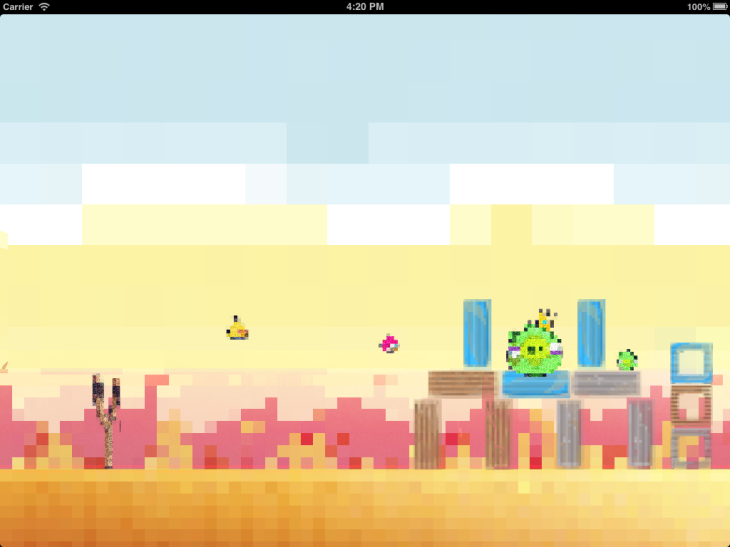